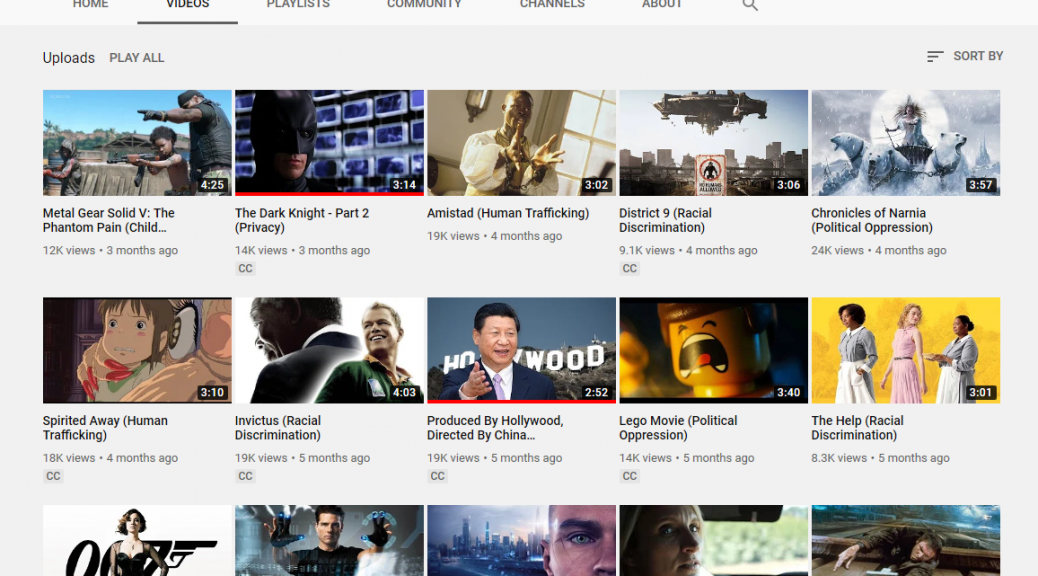 What impact do short videos about human rights have on the awareness and engagement with with Human Rights by University students? This is the question we sought to address in a recent study in collobation with with Prof. Matthew Daniles of the Institute of World Politics, who in 2016 launched the universalrights.com YouTube channel that features student created short human rights videos.

To investigate the impact of the vidoes on the personal enggement with Human Rights by viewers we performed a study consisting of the following 4 stages:

The study was paerformed at the University of Nottingham with the participation of 60 students, eleven of whom were interviewed directly after viewing the videos to obtain additional qualitative data about their subjective experiences.

The videos that were included in the study covered the topics of:

Note: All ratings were out of a maximum of 7, where a score of 1 meant nothing at all and 7 meant a great deal. 4 would be the equivalent of ‘a moderate amount’. All scores given in text are averages.

Participants self-rated knowledge and interest in human rights increased immediately after viewing the videos, and decreased slightly over the next week but remained higher than initially. Knowledge increased from around 4 to 5, and Interest increased from around 5 to 6. These increases were statistically significant between the pre-session scores (T1) and immediately post-session (T2).

Participants felt that they learnt something new from each of the clips they were shown. Learning ranged from 4 to 5. The lowest rated was Orwell (Privacy) and the highest rated was Pinocchio (Human Trafficking).

Figure 2 Self rated learning from each clip, out of a maximum of 7

During the participant interviews, some felt that the videos deepened their understanding about the topic as they often knew something about the human rights violations shown, but the videos enabled them to learn more:

“I think it was the one about women’s rights, I didn’t actually realise that women had gained the right to vote and stuff, and I kind of knew they weren’t allowed to drive, but I didn’t know the detail of their violation.  That was quite interesting.  Yeah, I think that was the most interesting one.” (Participant 7)

Participants felt that the clips were both effective in raising awareness of human rights (5) and an engaging way of doing so (m=5).

Figure 3 Ratings of efficacy and engagement, out of a maximum of 7

During participant interviews, one participant described the videos as ‘eye opening’ (Participant 3), whilst another explained “…and I really just like ‘wow’, the penny kind of dropped in my head and I was like ‘wow’, I’d never thought about it in this way before…”. (Participant 11). The responses convey a sense of the power that the videos had in communicating and raising awareness of Human Rights violations through familiar and entertaining content.

After watching the videos, participants were moderately likely to seek out and watch similar videos (m=4) and to discuss the Universal Declaration of Human Rights (m=4) with friends. They were less likely to show their friends the videos saw in the session (m=3).

Figure 4 Likelihood of carrying out related actions after watching the videos, after a maximum of 7

In the 1 to 2 weeks following watching the videos, 47.4% of participants spoke to friends or family about Human Rights as a result of the study and 14.0% of participants showed some of the videos or links to friends or family. 17.5% took other actions as a result of the study; mostly this was research into human rights violations, especially things currently happening, including in Hong Kong and Israel. One participant joined a society, and another sought out more videos.

Several participants when interviewed explained the actions that they planned to take as a result of watching the videos.  One explained their planned actions, following on from watching the videos, “I’m gonna go home to my flat and tell them that Pinocchio’s about child trafficking.  I don’t think they knew that, I didn’t know that” (Participant 4).

This work formes part of an ongoing collaboration with Prof. Matthew Daniles and our team at the University of Nottingham including Dr. Ansgar Koene, Dr. Liz Dowthwaite and Dr. Helen Creswick. The study was supported by an EPSRC Telling Tales of Engagement grant awarded to Dr. Ansgar Koene.